Also? I hate my phone. A lot. Smart phone my ass. Sometimes it sends e-mails, usually it chooses not to. Although on the rare occasion that it does, it usually cuts it off at some point. Which is irritating as fuck because sending e-mail via this phone is already enough of a pain in the ass! -End phone rant.

Anyway, someone had commented that I hadn’t posted any bad dates as of late. The reason behind that would be this: I haven’t been on any dates of late. Good, bad or otherwise. Things are finally kinda quiet in my life and well needless to say, I’m enjoying the ‘me’ time that comes along with it.  Aside from the fact that I’ve been deathly ill and have decided to keep my germs to myself for the most part.  I’m also really, really picky about who I choose to spend my time with.  With the sheer number of douchebags out there, who can blame me?  That being said, here’s my (on going) list of things that will make me likely say no to you if you ask me out on a date:

Some people need a high five, in the face. With a chair.

Others, well they just need a clue.

Some people would disagree with me and the method I occasionally use.  However I feel that it’s better to know, in spite of how hurtful it may be as opposed to not knowing at all.  Which is why I generally don’t play the same game that boys generally do. Which is to ignore the person or problem in the hopes that it will go away.  Clearly men who do that, have no balls.  They think that they’re sparing our feelings but in reality it’s just plain insulting and makes us want to plot revenge against your sorry ass.

It takes character and a spine to tell someone how you really feel.  Even if those feelings aren’t exactly nice.  Bottom line is, not everyone is aware of their actions.  They might acknowledge it in their own mind, however it puts a whole new spin on things when someone else has the guts and the integrity to tell you just how they feel.  There ARE ways to do it without being catty, vengeful or mean.  In my opinion, even if you were; I would at the very least respect you for being true to yourself and having the guts to be straight with me.

Which brings me to this:

Eons ago I started talking to a guy for a brief period of time.  Nothing ever came of it, in fact we never did meet.  Recently I got an e-mail from said person wondering what I’d been up to and to be perfectly honest, I didn’t even remember who he was.  I admitted as much because i’m honest like that and he was considerate enough to remind me.  The issue? He did it ALL wrong.  So that being said, I thought that I could perhaps just let it go and move on -OR- I could steer him in a better direction. Maybe.  In any case, I admire the fact that he had the balls to be that honest with a total stranger.  That takes a lot of guts and I admire that.  Although on the other side of the coin, it’s not what you say; sometimes it’s how you say it…

I live in NDG and I think you do as well. Indeed.

I’m 33 and younger than you, if my memory serves me correct. No, no it does not.
Probably told you I have not been with many women, so my experience is lacking, but am a great kisser and a huge fan of oral sex.
All guys are alleged to be HUGE fans of oral sex, did you really play that card?  Also, there was a HFMD outbreak at work, my lips have finally lost the $5 hooker appearance but still…
Definitely would say I’m a giver in that sense. Umhm…  Compensating?
I’m 5’6″ about 150lbs with brown hair and eyes.  So you’re short. Yeah.
I remember you being bigger than me, WTF?!? Um yeah likely because I’m taller than you by several (4 inches) and must resemble an amazonian giant to persons of your height or shorter.
but we didn’t share much since you were doing laundry… Right. Laundry. The bane of my exsistance!  However I also seem to recall that he didn’t make any effort after that and I don’t chase after people…
That’s pretty much what I remember and probably what I shared with you. Indeed.

If it isn’t obvious already, what I was THINKING is in italics.  However this is my actual reply:

Sorry about the delayed reply, my phone didn’t notify me that there was a new e-mail in this account.  I rarely check it, as I mentioned previously.  That being said:

If your birthday falls after June 12th you would be younger.
Yes, you did mention that to me previously.  Now I have a better recollection of who you are.
Bigger than you? Wow. Of all the inappropriate things to say to a woman, that would be on the top of my list.
Friendly piece of advice, don’t do that.  I am TALLER than you are & aren’t a skinny bitch either, but didn’t need anyone to point that out. So thanks for that.
>.<
Yeah I also never heard back from you at that point and I don’t make a habit of chasing guys around either.  The effort is two fold and goes both ways no?
-Steph
See what I did there?
So after thinking about this for a while, I thought to myself I’m going to unleash the truth on a few other guys who  need a reality check.  I’m good like that!

Reality TV. I don’t get it, I don’t watch it and I can’t fathom why it’s so insanely popular.  The other day, I got sucked into watching the bachelor o.O

Distasteful.  Also? Somewhat sad.  Pitting 12 women against each other in a so called quest for true love and marriage is like tossing some random body part into a pool of vultures.  Women are catty, competitive and let’s not forget basic rules of human nature: You always seem to want what you can’t have.

What floored me is that one woman who got busted for being in love with someone else and came on the show to ‘get over the guy that she’s in love with because he doesn’t want to get married and she does’.

So basically she’s putting herself out there on a wildly popular show because she’s desperate to have a husband.  WTF is wrong with you?!?  Same goes for the rest of them.  What’s the appeal?  I vaguely recall watching a talk show of sorts eons ago when what’s her name was on the bacholorette and they had two of the rejects on for an interview and they said that they didn’t get to spend all that much time with her.  So please enlighten me as to how you can fall in love with someone in such a short period of time, let alone someone you have to share with a dozen other people?  Than there’s the tears.  Good lord, these woman are always seemingly drinking their faces off or crying.  Sometimes both simultaneously.  Are you really that desperate to be in love with someone?  I’m more inclined to think that they’re more in love with the idea of being in love with someone, anyone.  Perhaps they should check out Tanya Davis’s video How To Be Alone.  Get some personal enlightenment.

Also Dave, Bob, Jim or whatever the hell that guys name is?  Crazy!  I’m sure that they’re getting paid a butt load of money to be on this show, and to his credit he seems mostly straight up (from the little bit that I watched) which is a good thing.  I’m not a huge fan of dating overall.  I’m not particularly good at it and the more I like someone, seems the more awkward I seem to get. Also shy.  Yeah I know, hard to believe but it’s true.

Doesn’t help that I have become insanely picky as of late.  Most of the guys I’ve spoken with, I can’t be bothered to meet.  Because they’re total douche-bags who seemingly have a knack for spewing forth drivel that they think I want to hear.  I’ve only been on a few(4) dates in the past 13 months and only one.  Yes ONE guy I’ve actually gone out with twice.  I can’t fathom having to date several men at a time trying to figure out which one I want to marry.  Let alone embarrass myself on national television.  The one thing that is the most challenging about dating? Subtext.  Good lord.  I need a manual, or something. 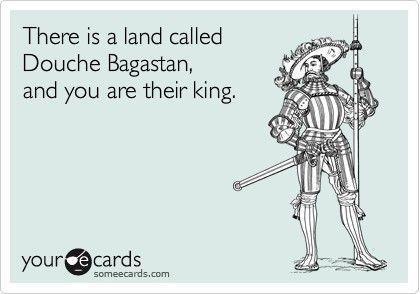 I hate boys that whine.  I really have a deeply rooted dislike for them.  What slays me is that men always complain about how their S/O are clingy, or nag too much.  You know, the usual.

Clearly they’re not acquainted with some of the men that have had the misfortune to cross my path.  First there’s Bryan who really needs to man up and grow a proper pair, also wax his back.  Then Dan who I don’t exactly care for on some level or another.  We just don’t have the right kind of chemistry, yet he keeps trying…

I got an e-mail from him today, said something to the effect of: I’m confused, should I continue to wait for you or just give up?  OK well first of all, I never asked you to wait for me.  I don’t even really like you as a person so why on earth would I say such a foolish thing?  So if anyone’s confused, it really should be me.

Then we have Tom.  I texted him last night, thinking that maybe today was a possibility of us hanging out.  Didn’t hear anything back, didn’t sweat it either.  I’m not feeling well so no big deal.  Except about an hour ago I got a text from him saying the usual ‘hey what’s up’ which I didn’t respond to because I was busy doing other things.  Half hour later: Hello?!? 10 mins after that: well ok than, have yourself a good night.

Give me some breathing room, time to answer!  Seriously!  I’m busy doing some stuff that really needs to get taken care of, you are clearly not a priority right now.  Had you made an effort to text me earlier then maybe the situation would have been different and in any case I’m charging my phone because it’s currently dead.  Get. A. Grip.  I wasn’t aware that I was to be at your beck and call.  You know what that screams to me:

Next time we talk, I’ll be sure to confirm that I’m the only one here who has a vagina between the two of us.  Otherwise, I’ll just ask what kind of tampons he prefers. Good lord.

You know what I have to say to that whiny boys?