Ever have one of those days where you make the mistake of waking up and crawling out of your nice, warm cozy bed only to discover the the universe clearly has it out for you and decides that it’s OK for you to be fucked up the ass without your permission and then proceeds to blow it’s load all over your face?  Which then in turn makes you want to throw yourself in front of a really fast moving bus?

Since  Bob Geldof asked in a song tell me why I don’t like Monday’s?  I’ll tell you.  Not as crazy as the inspiration behind the song mind you, clearly Barbara Ann Spencer had some serious issues or something.

Shit happens when I don’t get enough sleep/

No really. It does.

So technically this is Sunday night antics leads to Monday Fuckery.  But whatever.

Point being I stayed up too late on Sunday night get all uber excited about my new smart phone and spent farrrrrrrr too much time playing angry birds   (speaking of angry birds & smart phones, it’s FREE for Android and NOT for iphone HA!) anyway moving along…

So wake up at 5:30 am after going to bed at almost midnight (yeah I know smooth move there Steph) and it was FREEZING in my room.  Glass cutter needed?  Just give me a call, I’m there!  I guess this is what I get for sleeping naked?  Hellooooooooo it’s AUGUST FFS!  Jammies should not be required in what is considered the ‘summer months’ seriously.  My bed, so cozy & so very awesome.  I LOVE my bed.  Perhaps a little too much? 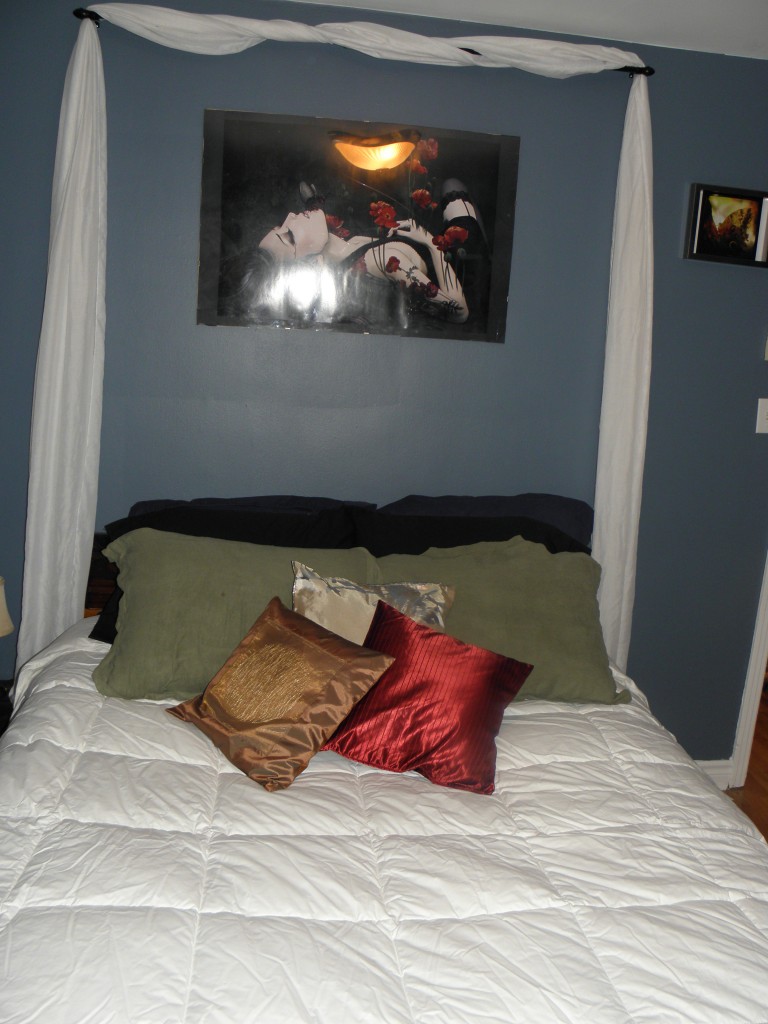 Seriously.  Look at that!  Doesn’t it just make you want to crawl in it and have the most  epic sleep ever!?!

Of course it does.

So yeah, dragging my naked self out of bed at the butt crack of dawn, freezing my ass off (literally) wondering where in the hell my fuzzy robe was while having to pee really bad.  I really should just leave it on the floor instead of hanging up all nice and proper like.

Because that would make sense.

Anyway get myself mostly put together and then I can’t find my damn jeans.  You know the one’s I had in my hand and put down briefly to go do something and then for the life of my couldn’t find again.  I mean seriously, WTF is that?  So there I am, trolling around my apartment mostly dressed sans pants while muttering where in the fuck are my jeans to myself whilst looking for said jeans.  Thankfully I had a clean pair on my ‘chair-drobe’ because lord knows, I hate doing laundry and the 5 foot pile of it in my room is testament to that very fact.  So after wasting loads of time getting ready and missing the bus that I wanted to take, I finally got my ass en route to work.

Staggered into the dep at the metro because this guy has some killer croissants and he also has coffee.  AKA the breakfast of champions.  It was insanely windy outside and all I wanted was to suck back some of my awesome coffee delicious-ness and get through my day.  Anyway, mission accomplished.  Cafe was consumed, as was the awesome croissant AND Can-Am not only arrived on time but they also didn’t fuck up my produce order.  The best part, my banana’s were actually fit for immediate consumption (they’re the easiest to prepare) unlike the previous order where all 20lbs yes TWENTY POUNDS of my banana’s were a hideous shade of day glow green!  Something very much like number 1 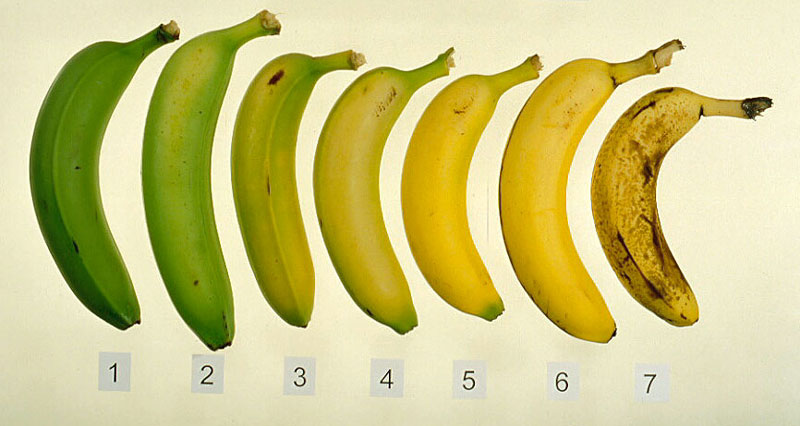 when really, ideally they’d be closer to 5 seeing as how I order  then half & half.  So in theory they should be 2-3 & 4-5.  Took almost 2 weeks for those bastards to ripen!  Anyway, I had hope.  Hope that maybe today wouldn’t turn out to be such a craptacular day!

Walking by Angela’s desk, she commented that Jack Layton had lost his battle to cancer.  Figures that one of the few rare gems in politics, that most people liked died of some hideous disease.  Which hardly seems fair.  I pay scant attention to politics because well that always starts up a heated debate of some sort doesn’t it?  That’s why I’d rather talk about food.  Everyone likes food.  The kitchen is usually the hub of anyone’s home and it’s comforting.  When people get into heated debates about food it’s usually happy one’s.  Amiright?

So yeah that sucked, more then a little.  Can’t wait for the next election.  o.0

So my afternoon progressed without too much hassle.  Save for the odd incident here and there, but whatever.  By now, the caffeine high is winding down and I go from being tired to bitchy and tired.  Then I had to do laundry, at work no less.  Which generally isn’t an issue, except that the settings on the machine are totally and utterly fubar’ed to the point that I waste FAR too much time doing laundry, more then I should.  Of course, there’s a fuck ton of it too.  YAY!

Then one of my co-workers pops her head in there to let me know that she had to leave her bowls on the counter because the dishwasher was full.  I’m muttering (mostly to myself) how in the hell can the dishwasher be full?  We had almost no kids, ergo not that many dishes.

You know why the dishwasher was full?

BECAUSE SOME PEOPLE ARE FUCKTARDS AND DON’T KNOW HOW TO FILL A FUCKING DISHWASHER PROPERLY!  Jesus H. Christ!

Nothing and I do mean nothing irritates me more, than having to re-arrange the damn dishwasher like it’s my fucking living room.  Seriously!   So because of that, I now have to construct an instruction sheet (with pictures) to show exactly how one fills the dishwasher.  You know, like I would have to for say my 3 year old’s.  Because you know, lying an empty yogurt container on it’s SIDE on top of a bunch of other dishes is the most effective way to get it clean.

This is why I don’t like Monday’s, even though you didn’t ask.

I told you anyway.  You’re welcome.

Let’s see you write a song about that Geldof.