Seriously, how awesome would that be? Playing with fireworks and getting paid for it! Take a moment and consider the bad ass factor.

In other news, one of these days I’ll learn that sleeping with my hair down is a bad idea: 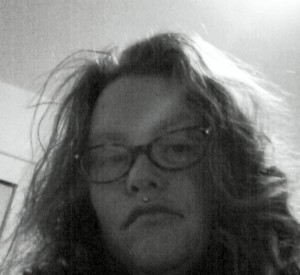 This picture fails to capture what a ridiculous mess my hair is.  It looks like I’ve had ridiculously awesome sex all night and had that been the case, it would have been worth the effort it’s going to take to un-tangle this disaster. But no. That’s a direct result of my tossing and turning all night in spite of getting high off my ass.  You’d think i’d sleep better, but no.

In other news, it was Jason’s birthday yesterday. He would have been 32. He hated holidays in general and didn’t like anyone making a big deal out of his birthday. My whole argument (when he was alive) was that had it not been for his birthday, we never would have met.  His birthday didn’t suck as much as it usually does, I guess time really does heal everything.  In any case, I smoked a joint in his honor. I’m sure he’d appreciate that.  Which is exactly what  i’m going to do when I get his ashes in the mail.

Yep, you just read that right.  The original plan was to have Jason’s mom arrive with Jason’s urn (or whatever he’s currently stashed in), come to Canada and we were going to scatter his ashes along the peninsula in St. Anne’s. Although knowing our luck it would have have been really windy that day and there would have been a ton of people out on their boats; which might have ended up in a disaster.  Especially if people were out sunbathing and covered in oil. Yeah it’s morbid, but also kind of funny. Really. Think about it.

Funny unless you’re the one who gets smothered by someone’s ashes of course.

I have a good relationship with Jason’s mom. One that I’m thankful for. So I thought that when the time came for her to scatter Jason’s ashes, knowing full well that neither of us could come up with the $1500.00 for airfare; I’d ask her to send some to me so I could do it on our behalf.  I didn’t mention it, I wanted to wait until she was good and ready to part with his cremains before I said anything. A few weeks ago she mentioned that she was going to do it soon. I was hesitant to ask since it’s a strange and rather personal request to ask of someone and possibly strange to some. Turns out that she wanted to ask me if I wanted some but didn’t want me to be creeped out by it.  I’m happy I asked and thrilled that she agreed that it was a nice idea.  Apparently she scattered his ashes yesterday at one of his favorite places, being his birthday and all. She promised to save me some so I could say good bye and hopefully get some closure once and for all.

I am however having a hard time wrapping my head around the fact that my close friends ashes will eventually show up in my mailbox in a Ziploc bag.