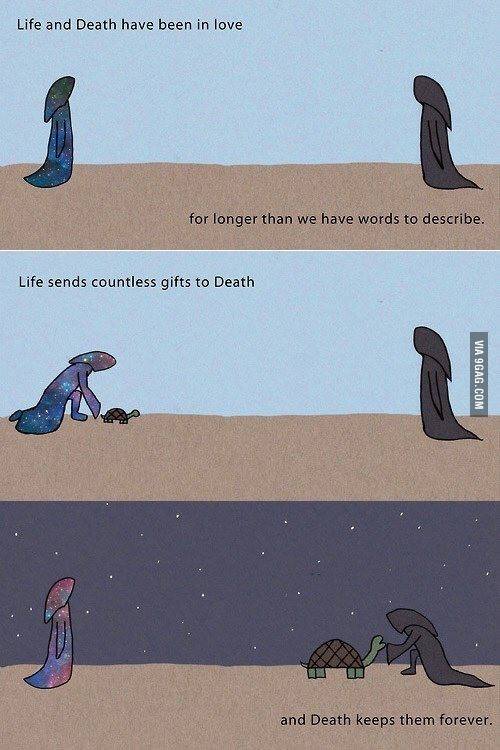 It’s only fitting that it’s snowing today. My dad loved it when it snowed; it was the one thing that gave him peace while he was in the hospital right before he died. It’s been a year now but it doesn’t feel like it at all. I remember reading this post someone had wrote lamenting about the first year she had lost her mom. It was beautiful and sad. I thought to myself I wonder what my first year would be like without him. My father was still very much alive at the time, except I knew that his time would be up sooner rather than later.

A year ago today I was rushing off to the airport trying so hard to keep it together. Alternating between sheer panic, tears and praying that I would make it home in time while kicking myself in the ass for not going home the night before.

My father and I had a tumultuous relationship at the best of times. Moving to Montreal has been both a blessing and a curse for our relationship. When my dad first got diagnosed, it was suggested to me to ‘have it out’ with my dad for all those times he did me wrong.

I disagreed. I didn’t feel that it would solve anything.

I was never a passive person when it came to my father. He knew all those times he pissed me off or did me wrong. I didn’t need to call him out for being an asshole again. The man was dying. While that didn’t give him carte blanche to do what he pleased, I didn’t see what the point of dredging up the past.

So I let it go. For me and for him because sometimes it’s just easier to accept an apology you’re not going to get. I felt at peace with this decision and I still do.

Everyone really liked my dad. He was a good man. He was also horribly flawed and when he fucked up, he fucked up pretty hard. He turned into an asshole when he drank too much. He had narcissistic personality traits and, a fragile ego.
As a result, a lot of people got hurt and I, more often than not, got caught in the crossfire. I am fiercely loyal to those that I love and I spent my formative years with a not so savoury opinion of him. Don’t get me wrong, I loved my dad. I didn’t always respect him though.

I was the apple of his eye though. My father adored me like no other.

I did not expect for it to hit me this hard.

I had already started to experience bouts of depression right after I found out my father was diagnosed and loosing my job two days later. Which is normal, depression doesn’t always last forever. What I wasn’t ready for was how bad my depression actually got. It’s become a daily struggle for me now.

Less than a week after my father died, my mom called me from Ontario. We had been robbed. The bastard that my father rented out a room to had cleaned us out in the middle of the night and he stole everything. He even took the damn dog food.

As if we hadn’t been through enough already?

I couldn’t breathe. I had just come home from Ontario 2.5 days ago and there I was standing there in my office stunned and enraged. The anger I experienced in that moment was like no other. The mind has this way of protecting itself from too much damage. I was in shock for another reason this time and I just felt so violated. How dare someone, anyone do such a thing to another person? It’s even more insulting when it happens right after you just lost your dad.

That was my childhood home. He contaminated it. I would never feel the same way after that.

There’s not much less frustrating than to be 760 km away and be that helpless.

I was surrounded by people, but I never felt more alone than I did at that moment.

I look back on the year that has gone by and it’s a jumbled blur. I attempted to go to school for French but had to drop out because my mind wasn’t capable of storing a damn thing. Memory loss is common with depression.  I went home in May to say goodbye at his celebration of life and to say good bye to the house. It sold in July and it will never feel quite right not to go there again. It was the only home I had known for 37 years.  I can’t eloquently break it down into months because one day just melts into the next. That’s what depression does to you. It robs you of so many things. I knew that it was coming, I just didn’t know when. When I lost Jason in 2009, I suffered from depression and that’s also when my OCD reared its ugly head, except I didn’t know it at the time. So I foolishly thought that I would be prepared this time around. Except…

Your mind can’t heal when the hits keep coming.

Shock is a funny thing. It can last for a couple of days, or in some cases, years. Shock is normal after any traumatic event and loosing my dad was no different. I got up; I went to school once a week and just tried to do whatever I could to function. I was living life on auto pilot and I was grateful that I didn’t have a job to go to at the time. I never knew when I would get an attack of the feels and I am not one for public displays of such things.

I developed anxiety. No surprise there, its depressions bestie. I would stay in bed until noon. Being a functional adult was exhausting. Even more so when you have to pretend to be OK when you are anything but OK at all.
Having to pick up the phone to make a phone call was terrifying. Panic attacks were the norm. So were emotional outbursts. This was my life now and I didn’t know how to cope.

In some ways, I still don’t.

Loosing a parent is a special kind of hell that no one understands until it happens to them.

This is why Nick and I didn’t announce our engagement right away. I needed time and space to just breathe. Only a handful of people knew before our official announcement and it certainly didn’t help matters when a few people said: “Now that the cats out of the bag.” Which made it sound like it was some big, dark secret from some people, which was not the case AT ALL. A lot of people got upset about that, but I can’t and WON’T take responsibility for the things that other people say, nor will I apologize for needing some time to myself. I have long since learned that you can’t please everyone and I stopped trying long before Nick came along.
It was nice while it lasted, some moments were bittersweet though. Like when my wedding dress arrived at the end of March.

It was a final gift from my dad. Except he knew nothing about it, he just gave me permission to rack up his credit card in whatever way I saw fit. I was supposed to buy a new laptop as a graduation gift but plane tickets for Nick and me and ultimately my wedding dress took precedence.

I remember how excited I was when my dress arrived, I pulled it out of the box and marveled at how beautiful it was and then I sat there and cried. It hurts knowing that my dad won’t be there when Nick and I say I do.

So it’s been a year. It’s been full of struggles, most of which I kept to myself. It’s taught me a lot of things though.

• That people automatically assume that depression is a feeling, not a disease. So you have to try not to get angry when people say things like: “Don’t dwell on the past.” This isn’t helpful at all, in case you were wondering. Especially when they themselves still have a dad.
• That it’s OK to not be OK.
• That there will be days when you randomly burst out in tears and have no idea as to why.
• Those moments of I’ll just call my dad and ask him and then remembering that you don’t have the means to do that anymore will cut you deep and fill you with regret for not taking the time to learn how to do whatever it is that you want to do, from him when you had the chance.
• To be more open about my mental illness. Depression is hard on so many levels. Some days it’s all consuming and getting out of bed is a bigger challenge than most people know.
• You’ll see the true colors of your family members and some of them are rather ugly.
• That the people you expect to be there for you aren’t. You’ll be pleasantly surprised by the one’s that do.
• Little things can cause a memory trigger and it usually brings forth more tears. Like the first snow of the year after you lost your dad. It reminded me of one of our last conversations.
• Birthday’s and other special occasions are hard. Especially all those firsts, it’s funny how a quick text or a quick phone call takes on a whole new meaning when they stop coming.
• Some days you will feel like you’re drowning and you are helpless to stop it. All you can do is hang in there as best as you can and hope that you have a rope to hold onto.

The list goes on and on. The worst part of loosing my dad is/was loosing myself in the process.

I used to be such a different person than I am now and I am not sure how I feel about this.

I miss the person that I used to be and while I begrudgingly accept that I can never return to who I once was, I would give anything just to feel whole again and not hurt anymore. 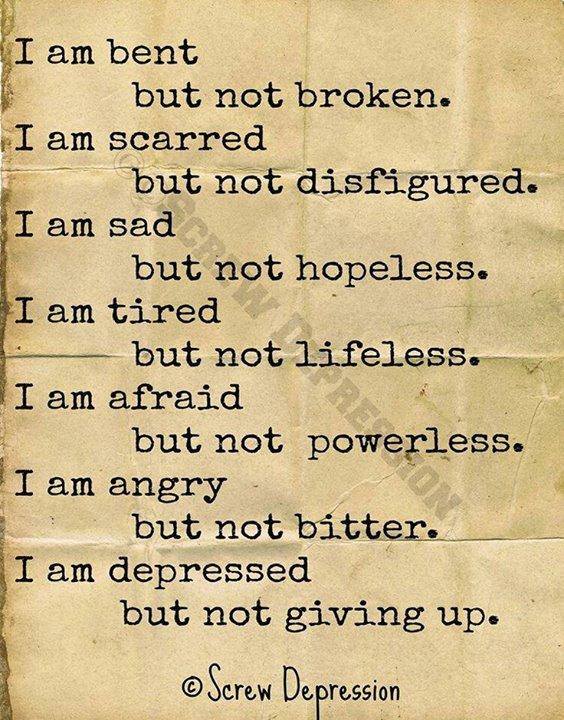